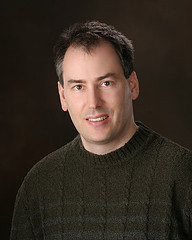 Mark Andrew Eick is a technologist dedicated to crafting scientific innovation into practical solutions for the Intelligence Community (IC). With degrees in computer science and philosophy, he started his career in 1995 at Ford Motor Company developing systems to manage the development and printing of service manuals.The system he developed fundamentally changed the production process, improving efficiency and quality and earning him multiple technology awards.

In 2008, Mr. Eick started his own company, Mission Focus, focusing on the “Big Data” problems inherent in the IC domain. As CEO he now orchestrates technology and operations at a much larger scale, employing cloud technologies to address the storage and processing of diverse information at tremendous scale. In addition, in 2009 Mr. Eick also co-founded the Institute for Modern Intelligence, a 501(c)(3) non-profit corporation whose mission is to develop the science, practice, and governance of Intelligence at Ultra-Large scale. 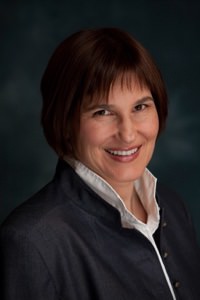 Suzanne Yoakum-Stover is a data scientist dedicated to developing Modern Intelligence - the science, practice, and governance of intelligence at Ultra-Large Scale (ULS). Since earning her Ph.D. in physics from Stony Brook University, she has contributed, both as a research scientist and as an educator, to a range of technical fields including AMO physics, artificial intelligence, medical imaging, computer graphics and simulation, statistical and natural language processing, data management, and knowledge representation. A problem solver driven by a thirst for insight, the thread that unifies all of her work is an enduring penchant for software engineering.

Dr. Yoakum-Stover currently serves as the Executive Director of the Institute for Modern Intelligence (IMI) and as Chief Scientist at Mission Focus where she leads a team developing a practical, ULS systems solution for data storage, exploration, cultivation, and exploitation that can accommodate the diversity of current and future intelligence data, semantics, and perspectives in one unified Data-Space without information loss or distortion. Through her innovation, which provides a unified interface to all data, she strives to enable a diverse ecosystem of processing to be put into production together over the Data-Space and upon that foundation, execute a broad ULS systems research agenda with specific application to intelligence. She, the IMI, and the team at Mission Focus aspire to transform the “data problem” into a sublime intelligence asset for the defense of our Nation and thereby give Modern Intelligence its birth place.